Adam Dalgiesh is a fictional police commander and published poet created by the English author P.D. James. He is the main character in fourteen mystery novels by James, and also appears in two novels where Jame´s other detective, Cordelia Gray, is the main protagonist.

Dalgliesh´s first appearance is in the 1962 crime novel Cover Her Face, where he is a Detective Chief Inspector. Later on, he is promoted to the rank of Commander in the Metropolitan Police Service at New Scotland Yard in London.

The last book in the Adam Dalgliesh series, The Private Patient, was published in 2008.

P.D. James stories about Adam Dalgliesh have been adapted for both radio and television, where he has been portrayed by various actors, including Martin Shaw for BBC television and Roy Marsden for ITV television. 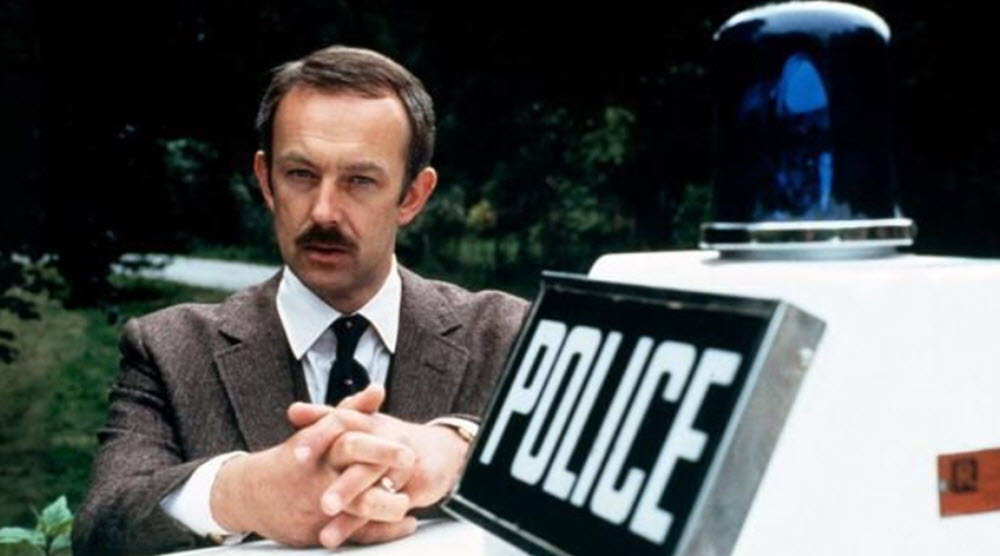 Why is he named Dalgliesh?

P.D. James named her detective Dalgliesh in honor of Miss Dalgliesh, her English teacher at Cambrdige High School. Years later, James learned by chance that Miss Dalgliesh´s father had actually been named Adam – James did not know this when she selected the detective´s first name.

The tall, dark, handsome and highly intelligent Adam Dalgliesh lives in a flat by the Thames in Qeenhithe, a small ward of the city of London to the south of St. Paul´s Cathedral. He is a very private person and keeps mostly to himself.

Dalgliesh writes poetry and several volumes of his poetry have been published.

In the early books, Dalgliesh drives a Cooper Bristol. Later on, he drives a Jaguar.

Adam Dalgliesh father was the rector of a Norfolk county parish.

Dalgliesh was fond of his aunt Jane Dalgliesh, whose personality was similar to his in several ways. For a long time she was his only living family relation. When she died (prior to Devices and Desires), he inherited a converted windmill on the Norfolk coast from her.

Dalgliesh is a widower; his wife died in childbirth 13 years before A Mind to Murder. The child is also deceased. He is reluctant to commit himself to a new relationship again, and this is why his romance with Deborah Riscoe ends. In the final book of the series (The Private Patient), he marries Cambridge lecturer Emma Lavenham, whom he met during his time at St. Anselm´s in Suffolk.

Conrad Ackroyd is a good friend of Adam Dalgiesh, and Ackroyd´s connections within the London establishment often proves useful when Dalgliesh is solving a mystery.

Throughout his career in the police force, Adam Dalgliesh has been paired with various partners. His very first permanent partner was the arrogant and unstable Detective Chief Inspector Massingham.

The 12 Clues of Christmas