Miss Jane Marple is a fictional amateur consulting detective based in the likevise fictional village of St. Mary Mead. She was created by English writer Agatha Christie (1890-1976) and has become one of Christie’s most popular and well-known characters.

Featured in both full novels and short stories, Miss Marple first appeared in The Tuesday Night Club, a short story published in The Royal Magazine in December 1927. Later, this story served as the first chapter in Christie’s book The Thirteen Problems, published in 1932.

The first full-length novel to feature Miss Marple is The Murder at the Vicarage (1930) and she makes her last appearance in Sleeping Murder (1976). 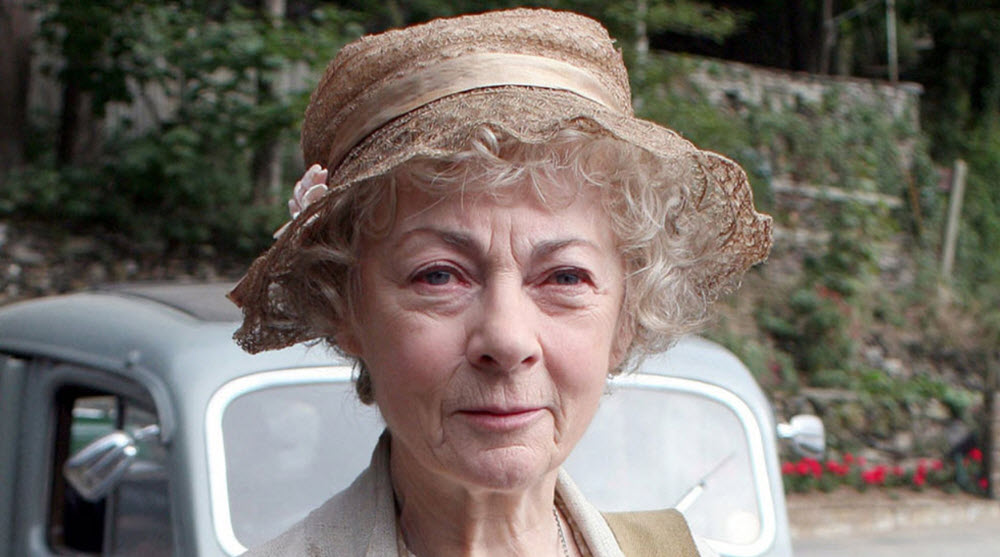 Why is she called Marple?

Why Christie selected the name Marple remains unknown, but it is possible that she was inspired by Marple Hall and the Marple railway station, which were located not far from the home of Christie’s sister Madge. The young Christie would pass by the station everytime she travelled by train from her home in Devon to her sister in Cheshire.

Miss Marple is of independent means and has never worked for a living, but is not landed gentry or a member of the aristocracy. She is well educated and attended an Italian finishing school. Her schooling also includes art courses where she studied anatomy using human cadavers.

Miss Marple has no close living relatives and is not married, although she does have a nephew who appears in several stories. He has a tendency to overestimate himself and underestimate his aunt. When she grows old, he supports her financially.

After the retirement of Miss Marple´s long-time housekeeper Florence, Marple employs young women from a nearby orphanage and train them to be housekeepers. In her later years, Marple lives together with her companion Cherry Baker, who is first introduced in The Mirror Cracked From Side to Side.

Miss Marple is a very intelligent person who also, throughout her long life, has learned a lot about crimes and other dark events. In Christie’s stories about Miss Marple, any current crime is very likely to trigger Marple´s memory of some previous incident with notable similarities, and Marple draws on her extensive memories when solving mysteries.

When Miss Marple is in need of information from the police, she often enlists the aid of her friend Sir Henry Clithering, who is a retired commissioner of the Metropolitan Police.